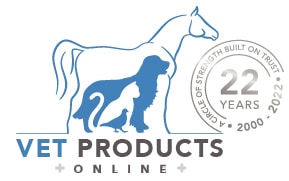 Spirocerca Iupi is a type of worm called a nematode which is a round worm. The worm causes a disease in dogs called Spirocercosis. The clinical signs of the disease are as a result of the migration of the worm within the body of the host (the infected dog) through the wall of the stomach into the aorta and finally into the oesophagus (commonly known as the food pipe) where the adult worm persists and lays eggs (Fox et al. 1988, Van der Merwe, 2008).

The worm has a worldwide distribution, occurring in warmer tropical climate areas (Bailey, 1972). The distribution is not evenly spread out and it occurs in pockets across the world (Bailey, 1972). South Africa is one such place in which the worm is found. In South Africa the distribution is again not evenly spread with the worm being prevalent in specific areas of the country such as Kwa-Zulu Natal, Northern Gauteng and parts of the Eastern Cape (Lobetti, 2000). One of the reasons for this patchy distribution relates to the occurrence of the dung beetle alongside dogs (Bailey, 1963). Specific dung beetle species are the intermediate host for the worm meaning that part of the lifecycle (the immature larval stages) needs to occur inside the dung beetle. These dung beetles are then ingested by the dog where the worm (in its 3rd and infective larval stage) further develops into an adult (Fox et al, 1988). Dogs may also become infected if they ingest transport hosts (aka paratenic hosts) such as birds, amphibians, reptiles and small mammals who have already ingested an infected beetle (Fox et al. 1988, Van der Merwe, 2008).

Why does it matter?

The worm can cause sudden death in a dog that appears to be otherwise healthy hence why it can be referred to as the silent killer. It can affect any breed or age and even well-cared for pets that are vaccinated can become victim (Lobetti, 2014). Once the dog ingests the infected dung beetles containing the infective stage (3rd larval stage-L3) the worm is released in the stomach and penetrates through the stomach wall (Bailey 1972, Van der Merwe 2008). This irritation to the stomach lining may induce bouts of vomiting. However, this first sign can easily be missed and the worm easily goes undetected and continues to migrate in the blood vessels of the stomach lining to the aorta (Lobetti, 2014). The aorta is the major blood vessel carrying blood from the heart to the entire body. Aneurysms (localized areas of vessel wall ballooning as a result of weakening of the wall) can occur in the aorta when the immature worms continue to migrate from the aorta into the adjacent oesphageal wall, which is where the worm lives as an adult (Lobetti, 2014). In some cases the aorta wall will rupture at one of these weak points in the wall causing sudden death as a result of blood leaking out into the body cavity.
Should this not happen the infected dog still develops a horrible disease that may cause severe illness and eventual death if not treated early.

What are the signs of disease?

The signs of spirocercosis are, as mentioned already, as a result of either the migration of the worm through the body (stomach and aorta) or residence in the oesophagus. These signs include weight loss, salivation and difficulty swallowing (Fox et al. 1988). When the worm resides in the aorta there are no signs unless rupture occurs (associated with the migration of the worm through the vessel wall), whereupon haemothorax (blood filling the thoracic cavity) and sudden death may take place. When the worm resides in the oesphageal wall it causes irritation of the wall and this results in inflammation of the wall and the formation of a nodule called a granuloma which is an accumulation of scar tissue (Lobetti, 2014). This granuloma/nodule is what causes the signs of coughing, difficulty swallowing and, as it keeps growing, it causes regurgitation because it creates an obstruction to food that needs to pass through. These signs persist and result in weight loss. In some cases the oesophageal nodule can undergo malignant transformation to form a cancerous tumour called a sarcoma which may spread throughout the body (Bailey 1963, Ivoghli 1978). Spondylitis (inflammation) of the thoracic vertebra also occurs with this disease (Fox et al, 1988). There are also times where worms have aberrant migrations and flow through blood vessels and lodge in different organs such as lungs, kidneys and even vertebra or skin (Reinecke 1983).

What is the treatment and prevention of spirocercosis?

Not all deworming medications given are effective against this specific worm. The only oral medication that is registered for the treatment and prevention of the worm is MILBEMAX CLASSIC CHEWABLES. These tablets are given according to bodyweight of your pet and prevent all types of worm infections (both Cestodes and Nematodes) which includes Spirocerca, hookworms and tapeworms. The deworming has to be done every 28 days to ensure that if your dog does pick up the worm it is protected from developing the nodules (Kok et al, 2011). It is also extremely important to pick up all pet droppings as soon as possible to avoid reinfection. If you live in an area where the disease is common proper deworming, using the right product, becomes vital. It is advisable to speak to your veterinarian to further understand the disease and how to keep your pets safe.

Vet Products Online is a pet and large animal supply store which aims to make your online shopping experience easy and affordable.

Where to find us